Having nothing new to post about reenacting, we must instead look backward into the past. Meet my new best friend for the next 6 months: 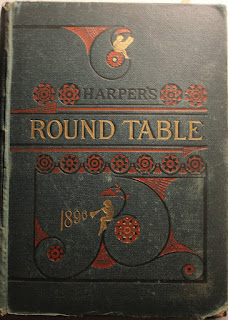 This old dusty book sat untouched on a shelf in my grandfather's bookcase for decades. It's from 1896 and nobody has any idea where it came from. A girl's name is written in the book, but she's not a relative and no one we know of. As many Civil War historians well know, Harper's Weekly newspaper was a staple of 19th century living. It was once called "The Journal of Civilization." People would gather around the fire in the parlor and read Harper's stories to one another, in much the same way we gather around the glowing plasma TV screen in the man-cave and use our iPads to read Twitter posts to one another. Nice analogy, eh? You get the idea.

Well, Harper's Round Table was a weekly magazine that grew out of the huge success of Harper's Weekly. Each issue was like a small book in itself, and contained articles on every imaginable subject. At the end of a two-year period, the issues were bound into a hardcover book and sold, as "anthologies", if you will. There was even a book club that one could buy an annual membership to where you could meet and discuss the material. Can you guess what it was called? "The Knights of the Round Table." Members wore a special medallion. This book turned out to be bursting with relevant information, almost as if I was meant to find it. I mean first off, look who's engraving is on page 2: 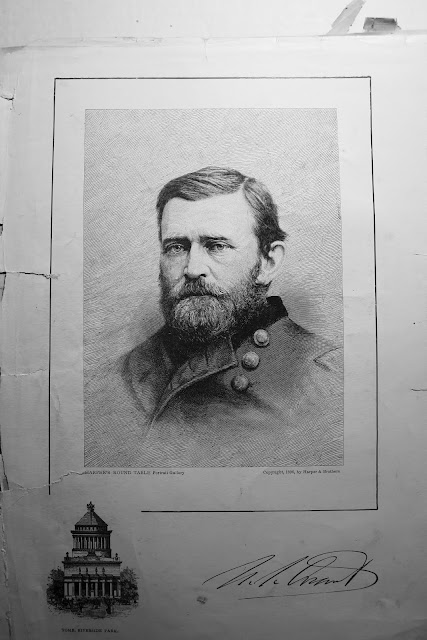 This is just some of the material of interest it contains:

-Stuff about the Civil War

-Instructions on hunting, shooting and caring for 19th century firearms

-Insights into what life in the Army & Navy of the 1890's was like (This was 2 years before the Spanish-American War broke out. At this point we were mobilizing all our forces because we knew war with Spain was imminent. There is a large calling for men to enlist)

-How gunpowder was manufactured in the 19th century

-Intercollegiate sports such as baseball and football during the Victorian era

-A speculation about what a voyage to Mars would be like (Heavy H.G. Wells/Jules Verne influence)

-Advertisements for products which are still in use today...as they looked in the 1890's

-Industrial machines of the 2nd Industrial Revolution and how they work

-Tips & techniques for developing photograph plates in your home

-How insanely much money was worth then (a yearly subscription cost $4.00)

-The life, times and culture of the world my great-grandparents enjoyed


Here is a sample of an advertisement page: 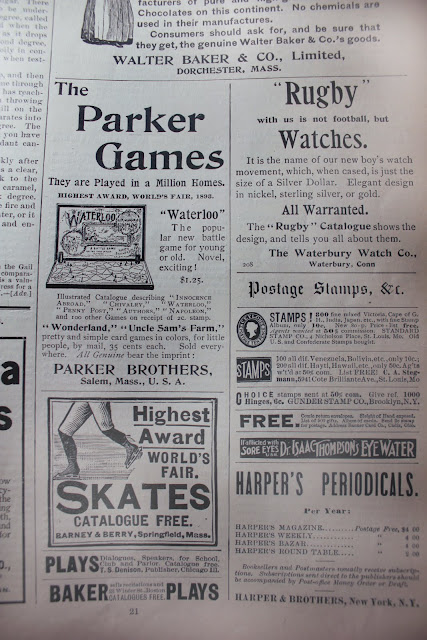 If I had to live without the internet, this would be the next best thing.  Stay tuned for a flood of historical eye candy!
Posted by WannabeSoldier at 6:34 AM