First, it occurred to me that you never got to see what my finished ammunition crate looks like.  (I made a long blog post with instructions how to build your own HERE) Here it is:

...So now that I have my very own ammo box to leave laying around in camp, what do I use it for?  At first I carefully covered the inside with plastic and duct tape to make a small drink cooler. It holds about 2 six packs of beer or four Gatorade bottles laying down.

Posted by WannabeSoldier at 8:48 PM 10 comments: 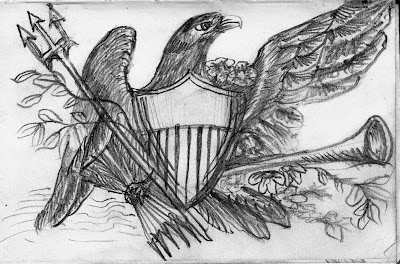 These are recent additions to my 1860s sketch journal for your viewing pleasure. The sketches are only about four inches by six inches. I tend to draw very tiny.

The eagle as a symbol of the Union was depicted more during this time than any other in the nation's history. 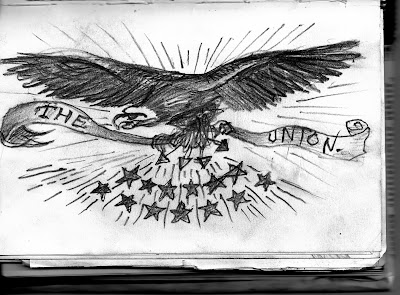 Many of my sketches are renditions of engravings found in recruiting posters, political cartoons, mail envelopes and Harper's Weekly newspapers of the period.  I like the way they repeatedly used the motif of the eagle as a symbol of strength and freedom, perhaps you have noticed a bit of a fixation.  Eagles eat snakes, an animal which has sometimes been used to personify the Confederacy. There is a lot more meaning behind symbols than many of us realize.

The idea of Liberty personified as a woman wearing stars and stripes also originated around the year 1860.

Call me a Yankee if you must, but personally I think eagles are awesome. 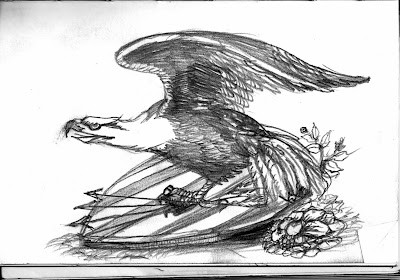 ...And if you were curious, here's what my 19th century drawing kit looks like that I take to events so I can sit around and sketch. 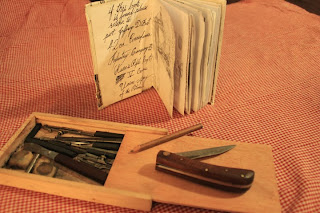 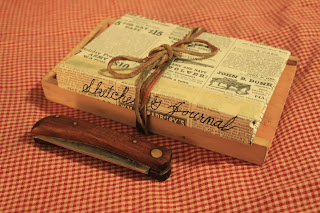 The pencil case is made of wood and has a sliding cover that won't slide completely out. I don't know what kind of wood it is, but it smells like pine. I draw with cedar pencils and when the tip gets dull, I whittle it to a point it with my folding jacknife. There are some sticks of vine charcoal, some very old drawing instruments like a compass and dip pen (how old I'm not sure, they look like 19th century), and a natural rubber eraser.  I like to sit around the fire and draw in camp because it gives me something to do besides loaf around, talk and eat. When I practice sketch at home, sometimes I like to work by candlelight and listen to some camp songs to get me "in the zone." Something about putting a pencil to paper in the dim flickering light of a fire makes me forget what century it is. I find it a good atmosphere to create in.