Want to be a history detective?  A collection of over 15,900 telegrams and codebook pages containing messages to President Lincoln, known as the Thomas T. Eckert Papers, have been digitized by Huntington Library, Art Collections, and Botanical Gardens in one of the most massive and ambitious archival projects for the Civil War. You can participate in this effort by helping to decipher them on this Zooniverse project website. It walks you through the entire process and the interactive interface is easy to use.

Cursive handwriting is not being taught to kids in schools anymore, so future generations may be unable to read anything before the age of printers! That's a scary thought. (My own handwriting in grade school was heinously bad, so in a way I can understand their decision). It's important that we start rewriting historical documents now or history could be lost forever.

Here's an example below that I just transcribed. No one has read this message in 153 years. If you are good at reading calligraphy and would like to help with this open crowd-sourced project, you can either create a free account and discuss in the forum, or you can work anonymously. Your efforts will help historians and researchers better understand how battles unfolded by providing access to an untapped resource for field intelligence!

New York City July 13, 1863
For Col Jas B Fry Prov.Marshal
"A mob estimated at from ten to thirty thousand men has assailed & destroyed the office of the Provost Marshal for the ninth district. The guard was completely routed & many injured. Gen'l (Abbott?) has ordered into the city all available forces but they will not exceed five hundred men of all kinds not more than two hundred regulars. The mob threaten destruction of all Gov't offices. I have sent all the enrollment papers to Governors Island. The demonstration is extremely dangerous. I respectfully suggest that a force sufficient to quell the mob be immediately sent to me as nearly all the effective militia Reg'ts are absent & those remaining here cannot be relied upon. Col. Nugent is now at the scene of the disturbance. Signed Samuel B Glassey, Deputy 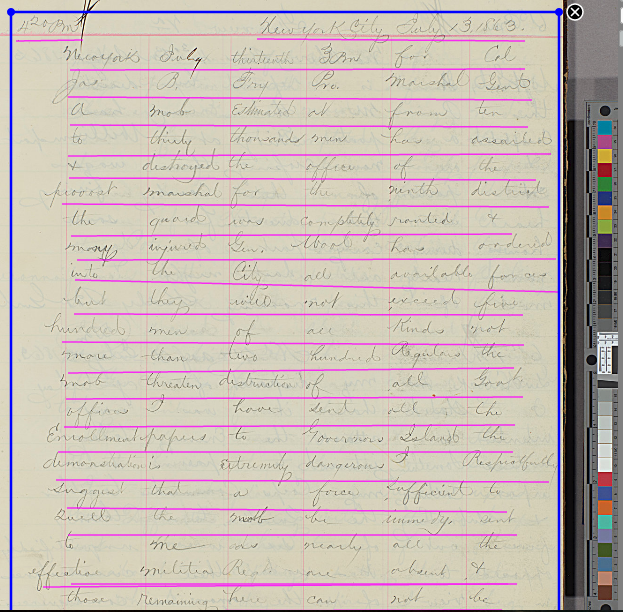 Posted by WannabeSoldier at 4:32 PM No comments:

Our National Anthem's Tune Started as a British Drinking Song

How many modern Americans know the original song the "Star-Spangled Banner" was based on? Francis Scott Key wrote his moving poem after watching the siege of Fort McHenry in 1814, at his joy of seeing the flag still flying over the fort.  The tune he stole for it, though, had origins less noble than you might imagine.

Hum along to the tune of this song and you will find it mighty familiar.

source: http://www.miketodd.net/encyc/anacreontext.htmThe words changed slightly over the years but this is the well researched, cross-referenced version from the Wiki article:

In an early scene of Turn: Washington's Spies you can see a bunch of British officers merrymaking and singing this song. I thought it was interesting to hear our nation's most recognizable tune sung by men of a foreign army with words unfamiliar to Americans.

The practice of stealing the melody from a popular song to write new lyrics was very common in the 18th and 19th centuries. Of the hundreds of marching songs written during the Civil War, a large chunk of them were set to the same tune that everybody knew. ("The Ants Go Marching" is a more recent version of the one that seemed to be most frequently used)

This has continued today, if you consider the entire foundation of Weird Al Yankovic's music career. And, as juvenile an example as this is...the Barney the Dinosaur theme song is based off "Yankee Doodle," a tune which is now almost 250 years old.

Posted by WannabeSoldier at 6:02 PM No comments:

I must apologize how this page has been so dead for months. I have actually not gone to a single battle since April; my civil war adventures have been put on hiatus while I focus on doing World War II reenactments. (I bought a rifle this year and finally started to participate instead of watching from the sidelines). In July I started volunteer work & interpretation at Fort Delaware, and I've been doing that about 3 to 4 days a week.
Fort Delaware is on Pea Patch Island, in the middle of the river between Delaware and New Jersey. It was built as a river defense fort, but never used as such and instead served as a prison from 1861-1864 for Confederate soldiers. Many rebels captured during the battle of Gettysburg were incarcerated here, including General Pettigrew, after his defeat at Pickett's Charge. All told about 20,000 people stayed on the island, and over 2,000 of the prisoners died, mostly of disease rather than failed escapes. (These were light compared to the death toll at Andersonville).
Most of what I do at the fort is give equipment and weapons talks in the ordnance supply room when I'm not acting as a prison guard.
Sorry, but no pictures. All the interpreters do first-person impressions of 1864 and we have to stay in character, so only the public has the photo opportunity. This weekend will be a POW event at the fort, with more reenactors in attendance to act as prisoners. The event has been well advertized so hopefully it will draw some crowds.
I don't know when the next battle reenactment I can attend will be. Maybe not until next season.
Posted by WannabeSoldier at 7:01 PM No comments: