My first thought when I saw this picture was "Hey...I didn't know Captain America fought in the Civil War too!"
A Northern state militiaman, unidentified, possibly a fireman. Sadly there's no indication in the picture of what unit he belonged to, whether this shirt was worn by other men of his unit as well, or if he was so patriotic he just had to put a shield on his chest. We will never know what some of these men were thinking.
*Addendum: This man may have been in a company of Fire Zouaves who put the symbol of their fire house on the bibs or "plastrons" of their shirts...one member of the Authentic Farbs Facebook group thinks it might have been the 73rd New York Volunteer Infantry, formed from a fire company calling themselves "old Americus" firemen.
This image, found on Pinterest, points to an eBay auction. You can own this odd piece of history for $299. (Link: http://pinterest.com/pin/513762269964661865/ ) Posted by WannabeSoldier at 12:40 PM No comments:

Returning from the 151st GAC Gettysburg reenactment, before leaving town for another year I decided to pay a visit to the real battlefield and the Pennsylvania monument. To pay my respects to those real men who laid down their lives, for they are of course the reason we are here.  I didn't have any trouble finding the 42nd PA "Bucktail" infantry's list of names, as the state regiments are all numbered and spaced around the base of the monument in numerical order. I paused to take a picture so I'd have all the names for reference. 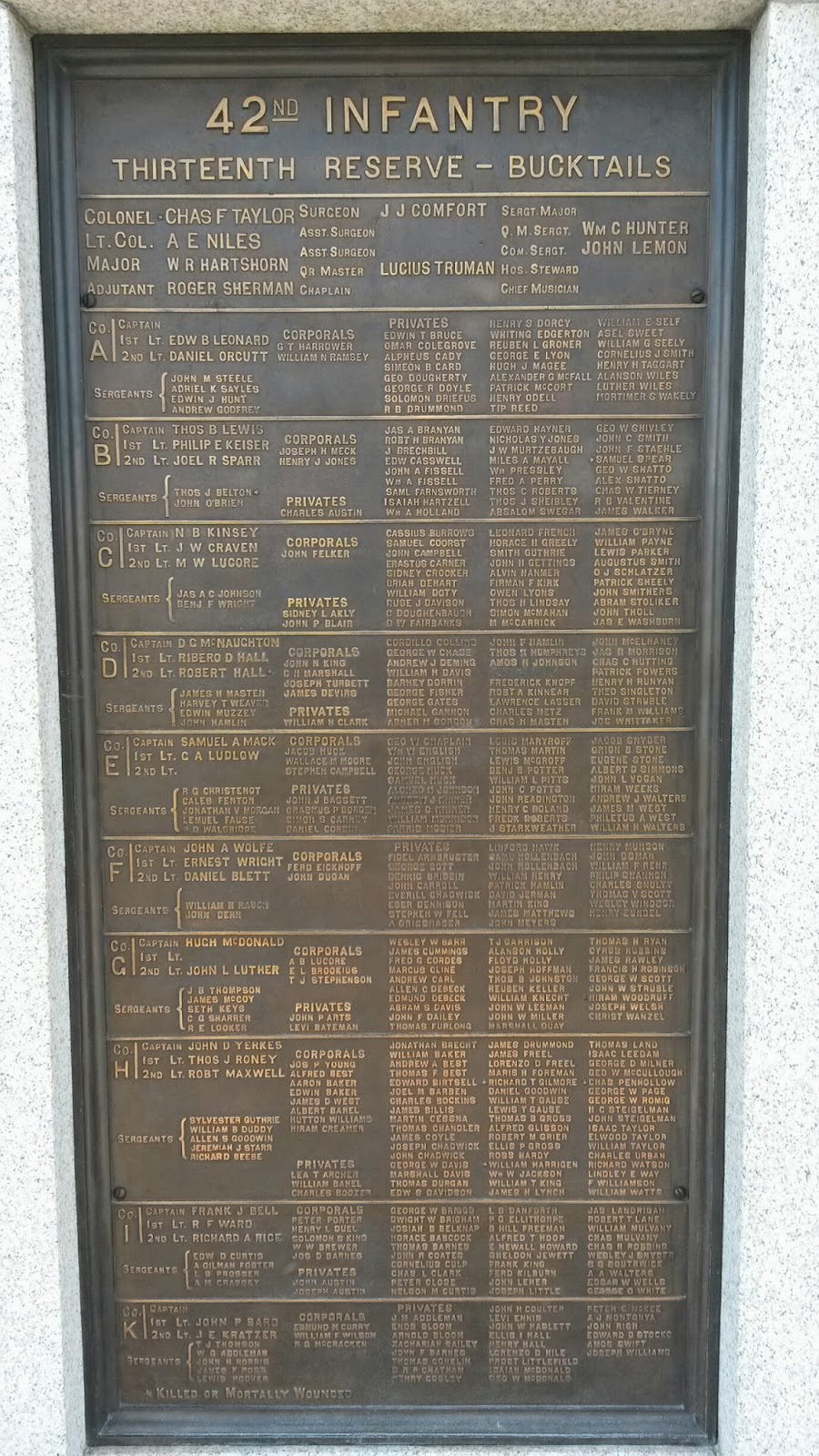 In company D, middle row, there is a name missing. It looks like somebody chiseled it off. 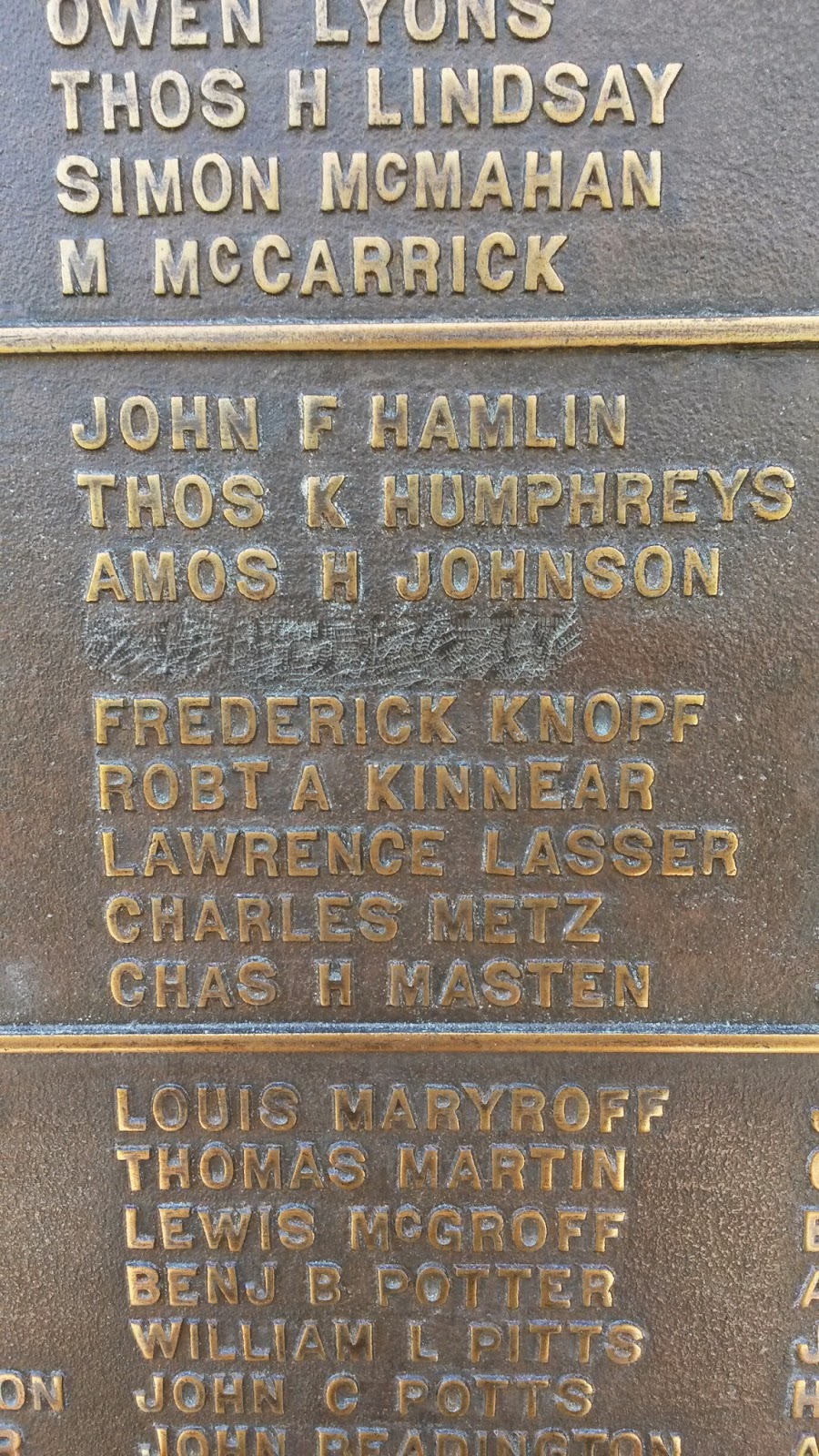 Wild ideas entered my head. Was it vandalism? An old personal vendetta? An example of Damnatio Memoria?

I was puzzled at this as I drove home, until another historian explained. Over the years, errors have been found in the records. So the park has been quietly removing some names of people who were not at the battle of Gettysburg, and adding others who were not listed but were actually there.  So if a name is up there in error, it's scratched off. If a name should be up there but isn't...do they put new bronze letters on? How do they stick them up there, with superglue?

Anyway, mystery solved. This guy wasn't at Gettysburg, so his name was taken off.

Whenever you see this on a national monument, it's usually that way for a good reason.

Posted by WannabeSoldier at 11:04 AM No comments: